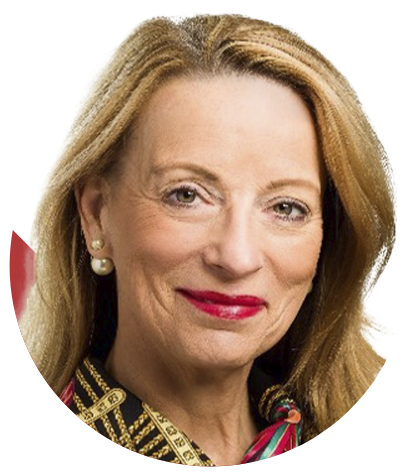 Gay is Chairman of the London Metal Exchange and also serves on the Boards of Standard Chartered, ConocoPhillips, HM Treasury and S&P Global. She is a Trustee of Benjamin Franklin House, Sr Advisor to Chatham House and is a member of the US Council on Foreign Relations and the IUKFP (Indian UK Financial Partnership). She is also a Non-Executive Director of UK Infrastructure Bank.

Since taking up her role as Chairman of the LME, Gay has supported and steered a number of key initiatives – from the major technology infrastructure rebuild, to the diversity and inclusion agenda and sustainability initiatives. Gay has worked within the finance and commodity industry for the past 30 years, as both an established market practitioner and regulator, giving her deep expertise across commerce, risk, governance, policy and regulation in capital markets. Awarded a CBE in 2021 for services to the economy and philanthropy, and an OBE in 2016 for services to financial services and diversity, Gay is a passionate advocate for ensuring markets build trust through accessibility and transparency and for increased diversity in business.

Gay has previously served on the Boards of HIS Markit, Itau BBA International, the Financial Reporting Council, Aviva and the London Stock Exchange and held executive roles with Barclays Capital, Citi, the Financial Services Authority and Bankers Trust. 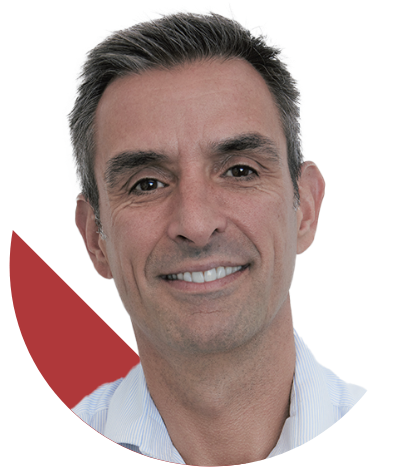 Simon Blake OBE joined Mental Health First Aider England as Chief Executive in October 2018, leading the social enterprise to achieve its vision of normalising society’s attitudes and behaviours around mental health, through training one in ten of the population.

Simon Chairs the Dying Matters Campaign, the Support after Suicide Partnership and the Headspace International Advisory Board. He is also a Companion of the Chartered Management Institute. Simon was awarded an OBE for services to the voluntary sector and young people. Simon enjoys running, equestrian eventing and his dog. Through his work, Simon is passionate about social justice, tackling stigma and eradicating inequalities. 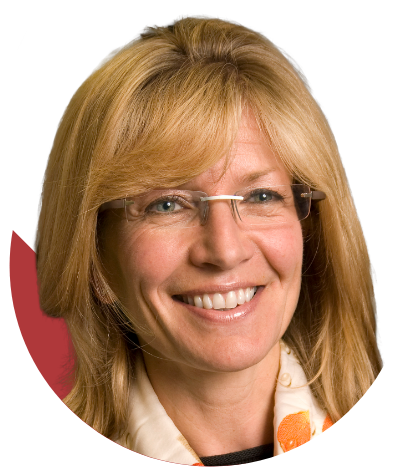 Sarah is a senior HR professional with over 30 years’ experience in Diversity, Equity & Inclusion and is one of the UK’s leading practitioners in this field.

Sarah operates ahead of the curve. She worked with PwC’s LGBTQ+ network in 2003 to ensure equality in benefits provision for staff with same sex partners; experimented with unconscious bias awareness training in 2005, developing an award winning product; identified the link between diversity and talent management as an obvious mechanism for target setting in 2011; she established an award winning sponsorship programme in 2013 and, under her leadership, PwC was the fifth private sector organisation in the UK to publish their gender pay gap in 2014 before the Regulations came into force. She led her organisation to sign the Race at Work Charter and publish their ethnicity pay gap since 2017 and led PwC to #1 in the Social Mobility Employers Index in 2019 and 2020. Since November 2021 she has been both the UK leader and the Global I&D Leader for the PwC Network.

Sarah also leads on Wellbeing Strategy for PwC UK, proactively taking steps to deliver a wellbeing promoting working environment. This has prioritised mental health since 2016 to compliment all other aspects of the employee health and wellbeing agenda. Early initiatives such as the Green Light to Talk campaign went on to be adopted widely by other employers and PwC is one of only 2 employers to achieve the “Health Creating Accreditation” by the City Mental Health Alliance Thriving at Work assessment. Sarah was awarded an OBE in the 2018 New Year’s Honours List for services to women in business, equality & diversity. 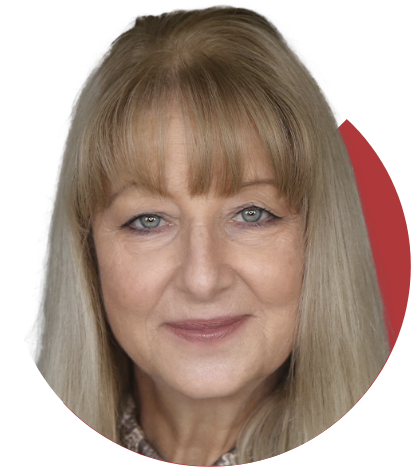 Diana has been Chief Executive Officer of C. Hoare & Co. since June 2001, having previously served on the Board of Directors since January 2020. Established in 1672 and owned continuously by the Hoare family for 12 generations, C. Hoare & Co. is the UK’s oldest privately owned bank. Underpinned by Hoare family values of honesty, empathy, excellence and social responsibility, personal relationships are the heart of the business.

Previously, Diana was the Chief Executive Officer, UK & Europe of the Australia and New Zealand Banking Group Ltd until 31 December 2019, where she was responsible for oversight of the day-to-today activities of the branch, promoting a culture of diversity & inclusion together with ensuring appropriate standards of conduct and governance. Diana was also CEO, Corporate Banking at Lloyds Banking Group (2004–2012) and spent her early career at The Coca-Cola Company. She has over 30 years’ international experience in banking, corporate finance, financial management, treasury, and audit. Diana is a strong supporter of talent development and gender diversity through her involvement with the 30% Club, International Women’s Forum, C200 and the City Women’s Network. Other appointments are Senior Independent Director, The Berkeley Group; Audit Chair & Independent Non-Executive Director of Vocalink, a Mastercard Company and Audit Chair & Independent Non-Executive Director of Mercer, UK, a Marsh & McLennan Company. 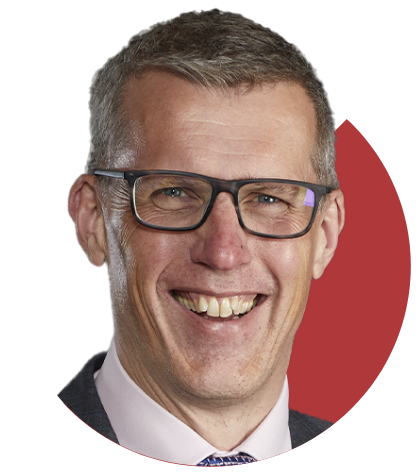 Jonathan Watkins has over 25 years’ experience as a corporate M+A partner at DLA Piper International, a leading global business law firm, focussing on mergers and acquisitions, investment (acting for both management teams and corporates) and general corporate advisory work. Jonathan has been described by clients in Legal 500 and Chambers as “client focussed, commercial and a pleasure to deal with ‘’a commercially sensible, excellent strategic thinker” and “a quality operator who adapts the process so it works, looking for the real risk and what is really important to us”.

Jonathan is a member of the DLA Piper International Board and its Audit Committee and Chairs the Remuneration and Tax Committees. Jonathan is a passionate advocate of the importance of strong and positive health and wellbeing in the workplace and since 2020, he has Chaired DLA Piper’s International Health and Wellbeing Steerco, working closely with the firms Human Resources and Executive team on the development and implementation of the firms health and wellbeing strategy. 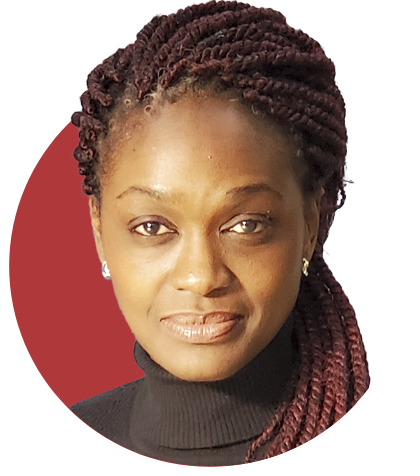 Charlene Sagoe was born in Liberia, West Africa, and spent her early years in Romania where her father served as a foreign diplomat for the Liberian Embassy. Her family moved to London in 1983 where her father continued his diplomatic mission.

Charlene began her professional career in Broadcast Media working in middle and senior management roles with a number of international broadcasters including the Sci-Fi, National Geographic Channel and Sky. Charlene took the decision to move into financial services to bring the marketing experience gained from a very creative and fast-paced industry into the heavily regulated Financial Services sector. She believed this would further challenge her; demonstrate that her marketing skills were transferable, and bring a different perspective combined with challenging the status quo.

Charlene moved to Natixis Investment Managers in 2008, where she has held various senior roles including Head of Digital Marketing and in 2021 became International Head of Diversity, Equity & Inclusion. In her role, Charlene executes on 5 key pillars to deliver the firm’s DE&I strategy around Governance, Gender Balance, Cultural Diversity, Education & Training, and Data & Measurement. She works closely with HR teams as well as the Head of DE&I for the US business. Charlene also Co-Chairs for Diversity in Investment with the Investor Leadership Network. 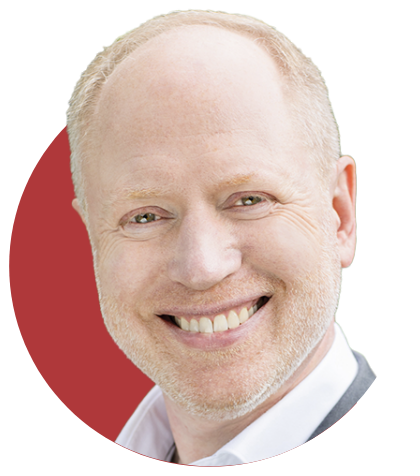 Stuart is the Global Head of Strategy for HSBC Asset Management, responsible for its strategy, M&A and corporate management activities. Stuart reports to the Global CEO, Nicolas Moreau, and is a member of the Global Leadership team. Stuart is the Chief Executive Officer of the UK and is the accountable executive for the firm’s Diversity & Inclusion programme. Stuart is also a Trustee Board director of HSBC’s £30bn DB & DC Pension schemes and sits on the Investment Committee.

Stuart started his investment management career at Threadneedle Asset Management in the 1990’s covering a variety of roles including distribution, strategy and as a fixed income analyst. 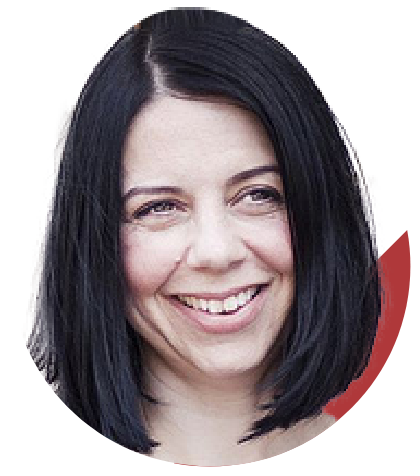 Jo has led the charity Missing People for over nine years and was awarded an OBE by the Queen in the Birthday 2022 Honours List. Jo received this award for her services to the families of missing people on behalf of the whole team at Missing People. She was previously Director of the Services at the charity and served on the Board of Brook Young People for six years and as Deputy Chair until 2020.
Jo is an Executive Coach working with people in business, education and the charity sector and an alumna of Windsor Leadership and regular presenter on their programmes.

Jo was a Samaritan for 10 years, and a director of the Central London Samaritans in the heart of Soho. She also had a career in the music industry as a writer with Chrysalis and in the band Scarlet, signed to Warner Music in the 1990’s and best known for hit single ‘Independent Love Song’ which also featured in the film ‘Bed of Roses’.

She is a proud mum of two teenagers, a completer of charity challenges (but not out of planes), an avid reader, piano player (only after a glass of wine), interested in everything politics and supporting the MotheRED project to get more mothers into parliament, a tweeter @joeyyoule and Tedx speaker – Dare Yourself. 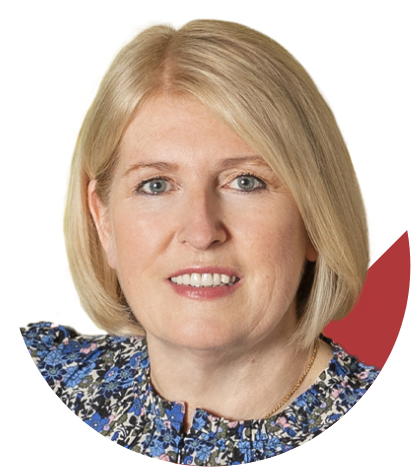 In 2019, Anne was appointed General Manager at Pan Pacific London to oversee the launch and operation of Pan Pacific Hotels Group’s first hotel in the UK, marking the Group’s inaugural expansion into Europe. Combining sincere Singaporean hospitality along with contemporary London design, Pan Pacific London is a luxuriant haven in the heart of the City, on the doorstep of world-renowned locations yet also home to its own inner world.

Previously with Morgans Hotel Group, a boutique lifestyle brand originally created by Ian Schrager, as Regional Vice President for London Anne oversaw the iconic St Martins Lane, Sanderson and Mondrian London at Sea Containers properties. In 2014, she successfully opened Mondrian London (now Sea Containers), the first lifestyle hotel for the South Bank and home to the multi award-winning Dandelyan bar. During her tenure at Mondrian London, Anne was involved in corporate social responsibility and local and economic issues, becoming the inaugural Chairman of the South Bank Business Improvement District. She started her career in London with Forte Hotels and has held positions in operations, sales and revenue.

From September 2022, in recognition of her outstanding achievements at Pan Pacific London, Anne will be taking on the role of Vice President of Operations for UK & North America in addition to continuing as General Manager of Pan Pacific London.

Back to the awards